The annual HURT mega relay coming right up! Register soon (but day of race registration will be allowed).

This race is a fun way to train with your club. With intermittent snow this season, this race is the perfect excuse to stop making excuses and put in the time on snow.

This race is also a great way to help your team rack up points in the annual club championship. NYSEF is in the lead, but HURT Peru, and GHN-ADK Vauhti are nipping at their heels. The Annual Shen classic was dominated by polar Bear Bill Koch racers who made up nearly 1/2 the field. Paul Allison won the day. 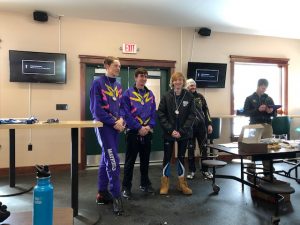 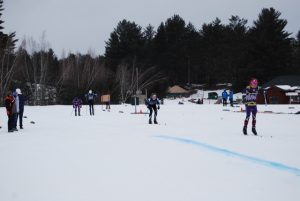 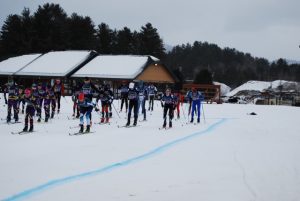 Sunday racers returned to start the new year off right with the first Skiathlon of 2019. Paul Allison obliterated the field, but a tight pack formed behind him. Chris Rose took second. The snow was soft but fast. Competitors navigated the exchange zone like seasoned pros. When the results were tallied GHN ADK Vauhti and Hurt both had a win. NYSSRA’s second racing block will be decided by the Mega relay. Results

Come one out this weekend. You still have time to get in your KM’s before the Empire State Winter Games-NYSSRA’s own Ski Tour. -After inspiring performances (including 2 USA golds) at the Tour De Ski, it is time to try it out for yourself. Race 3 races in 3 days (or throw in some biathlons and Ski Orienteering races if you are adventurous).  It is a great experience for NYSSRA racers. ORDA will make sure we have snow so plan on coming up to enjoy it.