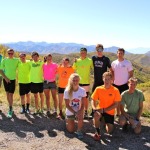 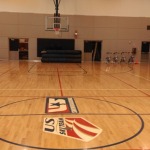 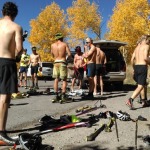 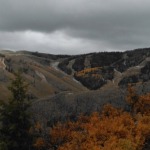 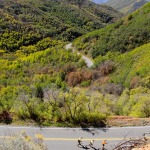 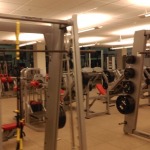 As you are all gearing up to enjoy the mid-November snow here in NY, here is a feel good story of some of the great junior development that is happening thanks to our active nordic clubs, Mid-Atlantic junior programs and NYSSRA skiing.  Good luck to Gavin as he pursues his ski racing goals and good luck to all our junior racers who are looking to have great high school racing seasons, qualify for the U16 Championships, EHSC Championships or Junior Nationals.

Here is a letter we received from Gavin about his time in Utah….

This October, I had the opportunity to take a week off school and attend the National Elite Group camp in Park City. The NEG is an opportunity for junior athletes like me to get some exposure to the national team environment and resources. Going along with this theme, we did a bunch of workouts alongside the national team members and got to spend a lot of our time taking advantage of the training facilities at the USSA Center of Excellence (COE).

The COE is far and away the most incredible building I have ever set foot in. Along with the USSA headquarters, they have an amazing gym, recovery center, testing area with two rollerski treadmills, dining area with a full time chef, and best of all, a trampoline and skateboard park. One of the most valuable takeaways from camp was the presentations we were given at the COE on technique, strength training, and nutrition; all from the same people coaching the best skiers in the country.

When we weren’t hanging out at the COE we were logging some big quality hours of training. Going from sea level to 6-8000′ for the for the first time in over a year, I spent the first two days skiing in slow motion. Luckily, three of the seven guys were also coming from sea level so we all tried to ease ourselves into things and avoid getting too tired early on. The dry land training in Park City is pretty incredible, it’s the first place I’ve been where the training may surpass the amazing Finger Lakes area.

A highlight for me was a classic ski up the American Fork Canyon with the national team and national training group. We had the forty best skiers in the country cruising for 3 hours up an incredible pass with great fall colors and a beautiful day. Another highlight was a speed workout we did in a big parking lot across from the COE. I had the opportunity to go head to head with some great skiers including Reese Hanneman- who will be starting the season on the world cup- for a lot of the workout. We did twelve four man sprint starts followed by  eight times a one on one finishing scenario. Speed is definitely a strength of mine and it was pretty cool to have a good day and give some of the bug guns a run for their money.  Last but not least, two of my NEG teammates and I finished capped off our 25 hour week with a 4 hour OD run in the snow up above Park City.

At the end of the day, a week of training isn’t going to make or break my ski season, but the confidence and experience I gained in a week have already made me a better skier. I believe the biggest thing to be taken out of experiences like this; whether it be a trip to Eastern HS championships, JN’s, REG, or any other exposure to high level competition is that the very best people at any level put their pants on one leg at a time just like the rest  of us. Being the best is a matter of hard work and confidence more than anything else. As more athletes from New York get this exposure, I have a good feeling there will be a few more kids rolling around at US Ski Team camps in Mid-A tights in the next few years!

Although I am currently racing for the University of New Hampshire, I am here because of New York and Mid-A and I wouldn’t have it any other way. This winter I hope to be representing Mid-A in Almaty, Kazakhstan at World Junior Championships then donning my red race suit one last time in Truckee for my last Junior Nationals.

Thanks to the NY ski community!